We are committed to ensuring that the State of Mississippi receives the maximum use and benefit from information technology and services and to assisting our customers as they strive to reduce costs by capitalizing on shared technology and fully leveraging the State Data Centers to meet their technology needs. 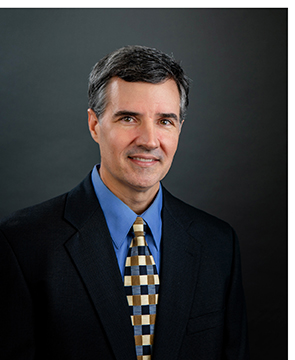 Mr. David C. Johnson was appointed the new Executive Director of Mississippi Department of Information Technology Services (ITS) and Chief Information Officer for the State of Mississippi effective November 1, 2020.  The ITS board is comprised of five members who are appointed to five-year staggered terms by the Governor with confirmation of the Senate.

A native of Mississippi and a graduate of Mississippi College, Mr. Johnson began his career in public service in 1995 with the Mississippi Department of Employment Security. While there, he served in various roles utilizing his background in accounting, audit, and financial management.​

Mr. Johnson has served at ITS for the past 14 years, first guiding the financial and budgeting efforts for the agency and then assuming the role of Director of Procurement Services, providing leadership over the enterprise technology procurement function for Mississippi state government.  A 2006 graduate of the Senator John C. Stennis State Executive Development Institute, Mr. Johnson utilized his extensive financial data analysis background and knowledge of state government to serve as a key member of the ITS executive management team.  Going forward, Mr. Johnson’s in-depth understanding of information technology within ITS and throughout state government will allow him to continue to build relationships with partner agencies, collaborate with technical resources and colleagues on a state and national level, and further advance Mississippi technology, both strategically and operationally.

“The ITS Board is pleased that David Johnson has agreed to serve as the Executive Director of ITS and the Chief Information Officer for Mississippi,” said ITS Board Chair June Songy.   “He has provided invaluable service to ITS through the years, and we feel certain that under his leadership ITS will continue the high performing legacy while leading Mississippi in achieving greater technology advancements.”​